*I know you just read this in the title, but the following will NOT contain spoilers for Disney's Frozen 2. None. And I won't be discussing that part where Elsa [redacted] so you are free to proceed

If you are stumbling upon this article, you might fall in one or more of the following categories:

There's something about Disney's Frozen that brings adults, singing children, and haters together. Because for the haters, when you can't stand something, you just HAVE to let everyone know.

Some of the hate was understandable. I will admit, the success and repetition of "Let It Go" delayed my interest in Frozen. I didn't even watch it until it came out on DVD. and even then, I waited a while after that.

My biggest takeaway from watching Frozen for the first time: Han was a jerk. I actually gasped out loud at this reveal! How dare you, Han!!

Over the past six years, the Frozen fandom has only grown. Cute little girls have been running around dressed as Elsa, YouTube is filled with thousands of covers of "Let It Go", and don't even get me started on how much Frozen merchandise is in the toy isle currently.

The stage has been set for Frozen 2. So was it worth the wait? Let's dive in!

Without giving away anything, I am going to to say this one thing. If you think that you are going to watch Frozen 2 and get all of your questions answered from the first Frozen, you're not only going to leave out of this theater disappointed, you're also going to leave with even more questions.

Frozen has never been a movie where things make sense. Why the trolls? Where are Kristoff's parents? Also, why the trolls?

We can't be good at everything right? That can include a complete and linear backstory. But that doesn't mean we can't have a good time, right?

Con: Your children will think it's pretty good too!

Oh yes! You prayed for the day that "Let It Go" would die. You pleaded "children sing something else, ANYTHING else. I'll give you 20 bucks, please!" While you may see a decline in how many times you hear "Let It Go" while walking around the mall this season, there's a new song in town. And it's got "Let It Go" potential.

Idina Mendzel jokingly apologized for the popularity of "Let It Go" a while back. However she is right back at it again with a new hit song in Frozen 2 called "Into the Unknown".

That's right everyone. There's a new "Let It Go."

It's a pretty great song actually. You might not feel that way after the 215th time hearing it, so listen to it now while the getting is good.

On a positive note, Panic! At The Disco covers “Into The Unknown”. If you know Brendon Urie's vocals like I do, you know he is one of very few people who could match Idina Mendzel's range. Now this is a song I could play on repeat! Listen for this song to play in the end credits and see if you agree.

All The Snow, All The Fire

This I will say about Frozen 2: the animators get an A+ for the awesome amount of skill and work that they put into this movie. Much like how I felt with the landscaping animation in Abominable, watching the snow on the big screen was awe-inspiring. In fact, I am a little surprised there isn't a 3D version of this. Normally I am pretty skeptical of the cash grab of 3D, but it would have been cool to have snowflakes shooting at you.

But I literally cry at everything. Still *sniffs* I don't wanna talk about it.

“When You're Older, Everything Make's Sense”

For adults: Don’t ask too many questions of the plot, just enjoy the pretty things on screen. Don’t cry as much as I did, either. Your popcorn will get soggy. I still think you'll have a good time.

Frozen 2 will be out in theaters on November 22nd. After you see it, leave us a comment and let us know what you thought. Some comments are worth melting for 🙂 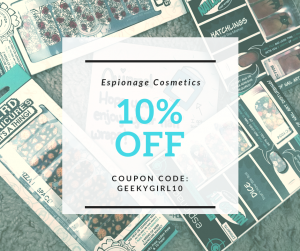