To see the first part of this story click here.

Like I said, things were going superbly with Dax and I until I met his parents. A few things to know about me. I come from a blue collar family. My mother is a nurse, my father is a computer tech. At the time of this story, I was working two low level jobs, and getting ready to attend college. A few things to know about Dax. His family is affluent. We’re talking WASPy affluence. So imagine the surprise when said affluent WASPy members find out their little Dax is bringing home, not only a blue collar, undereducated small town girl, but she is brown to boot!

I am empathic. It is one of the reasons it is hard for me to be around a large group of people for an extended period of time. A lot of times I can feel what the people around me feel. When I met Dax’s parents, what I felt was not cool. His father was basically shooting off “What the hell is going on!?” vibes. I maintained my own and stuck it out, and got out of there as soon as I could. On the way home, I explained what I felt to Dax. He brushed me off saying it was fine, and that I was being silly.

A week later, he called to break up with me.

Before everyone boo/hisses about the phone call break up, please remember we live an hour apart. I wasn’t mad at the fact that he called to break up. I was mad that he let his father get into his head about me.

Dax stuttered and stumbled through his break up thoughts. They were mostly that we are different people (I would hope I wasn’t dating myself, that  would be super difficult…and kind of vain), that we were in different places in our lives (I was 23, he was 28.. he had financial and emotional support to go to school and do things in his life. I did not and was getting around to him late. He knew all of this WHEN WE MET), and the kicker was that his father thought I wasn’t very healthy (aka I was fat, and his dad did not approve)  When he got finished I spoke. I informed him that I thought I was dating him, not his father, and if he wanted to break up with me, that was fine. But they needed to be for his own reasons, and not some reasons his father drilled into his head. He got quiet and spoke softly on the phone “I don’t really want to break up.” That settled that. Truth be told, we should have probably broke up then and there. He was family oriented. Really family oriented. I already knew I didn’t feel comfortable hanging out with his family, as they had already let me know (through a proxy no less) how they felt about me. What can I say? I was Britney Spears in that moment (“My loneliness, is killing me.”)

His mother sent me a hand written note to my house to invite me to Thanksgiving. My mom and I read the note together and looked at each other. “Who sends handwritten notes to a family affair? Are you getting engaged!?” my mother screamed at me. “No…LORD NO!” I responded. I kept looking at that note. I felt cynical. I felt like it was a trap. 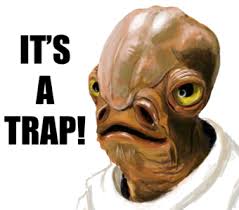 While it wasn’t a trap, not a more awkward Thanksgiving was had.  I watched what I ate, lest it was said that I was eating too much, I was suspicious of the turkey, as I never saw the whole bird. They took it in another room, cut it up, and served it. Plus, I don’t think his mom cooked much, because she didn’t have a schedule, cooked the bird very first. By the time we ate, it was dry and ice cold. We stayed there the entire day. Long after his brothers left, we stayed. I began to notice some things. His father sort of ran the house with an iron fist. His mother wanted the gas fireplace on. His dad told her to “Don’t be stupid, we don’t have the instructions anymore, we will not be doing any fires.” She just said okay and went with it. Dax’s two brothers weren’t impressed. They were from his mother’s previous marriage, so Dax’s dad was their stepfather. and Dax was their half brother. They started telling me stories of how they would scare the shit out of him when they were kids. Dax’s mood just got darker and darker as they talked. He was bullied as a child and still had a hard time being the butt of anyone’s jokes.

I would like to say that things improved after this day. They didn’t. I started to notice things. Certain things he did, I  was embarassed about. The turning point of everything was one Memorial day. My family had a party and I lied to him and said my family was going out of town. Why did I lie? Because the party was being held at my uncle’s house that had a swimming pool. All of the kids would be in the pool, and I knew if I had invited him, he would be the lone adult in the pool, prompting my family to ask “what is wrong with him?”

The breakup wasn’t mutual, he broke up with me (again). While I was sad for a short while, I feel like part of myself was relieved. I didn’t have to deal with this anymore.

We have both moved on, years later he is married with a child and I am married. I am grateful for the experience of Dax. It made me realize what I wanted in a significant other more than anyone else I had ever dated. I also decided that at that point in my life, men were a distraction I couldn’t afford. I stopped dating when I went back to school. It got a little lonely, but it forced me to focus on myself, and the bettering of myself. It allowed me to make sure that I would never feel how Dax’s family made me feel. I knew back then I was a good person, but I didn’t realize my worth until someone else tried to set that for me.